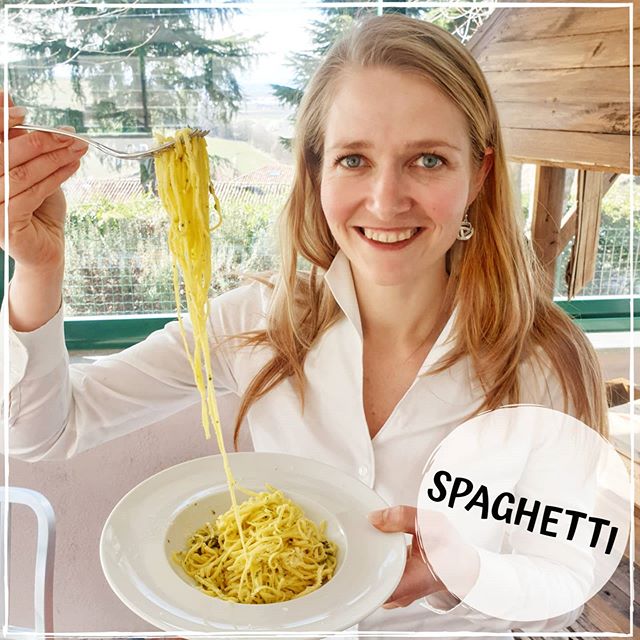 Chinese had been consuming noodles as early as 3000 B.C. in the Qinghai province. .

In the​ 1st century AD​ writings of Horace, lagana were fine sheets of fried dough and were an everyday foodstuff.
It is believed that the word "maccheroni" is derived from the Sicilian dialect - "maccarruni" means "processed dough"

The Italians chose the word «spaghetti», from spago - "thread/rope".
There are more than 600 pasta shapes worldwide, but in Italian pasta names don’t sound particularly appetizing.

Join our cooking class in Courmayeur and Chamonix