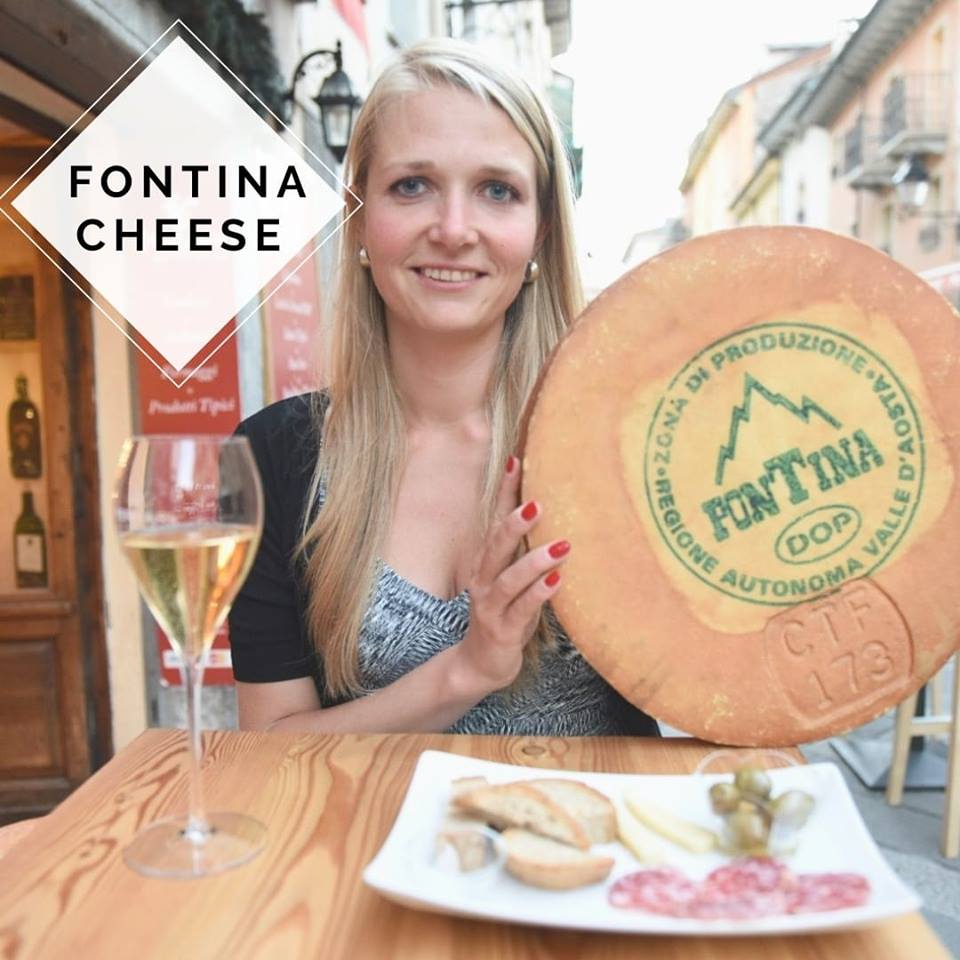 The first to popularize the cheese outside of the valley were English travellers who were passing through on their way to Italy.

They wrote with passion in their travelogues about a cheese which was made from the highest pastures in Europe and even took part in the production process in the Alpine baite.

Fontina is a classic Italian cheese made in the Aosta Valley since the 12th century.

Is a fat cheese with semi-cooked paste, manufactured with Aosta Valley cow’s whole milk from a single milking, according to the strict denomination. The specification for the fontina PDO prescribes a technology based solely on physical actions following coagulation: curd breaking, pinning and semi-cooking (48 °C) the curd, manual extraction, shaping, pressing and turning.

It presents a greasy, compact, brownish crust and a flattened cylindrical shape with flat faces which tend to become concave while weighing 8 to 9 kg on average. Energy value of this cheese is very high, ensuring a good supply of minerals, vitamins A and B and live lactic bacteria, and is a rather complete and digestible food.

Fontina differs from the other cheeses for the sweet and pleasant taste, given especially by the green herbs of grazing lands. Thanks to the moderate salting process, milk conserves its original features. As a result, cheese has a full taste, but at the same time it is never exaggerated, it turns stronger with aging, you can pair Fontina with young local not full-bodied red wine (ex nebbiolo di Donnas) or with white Petit Arvine, to eat it alone or with polenta.